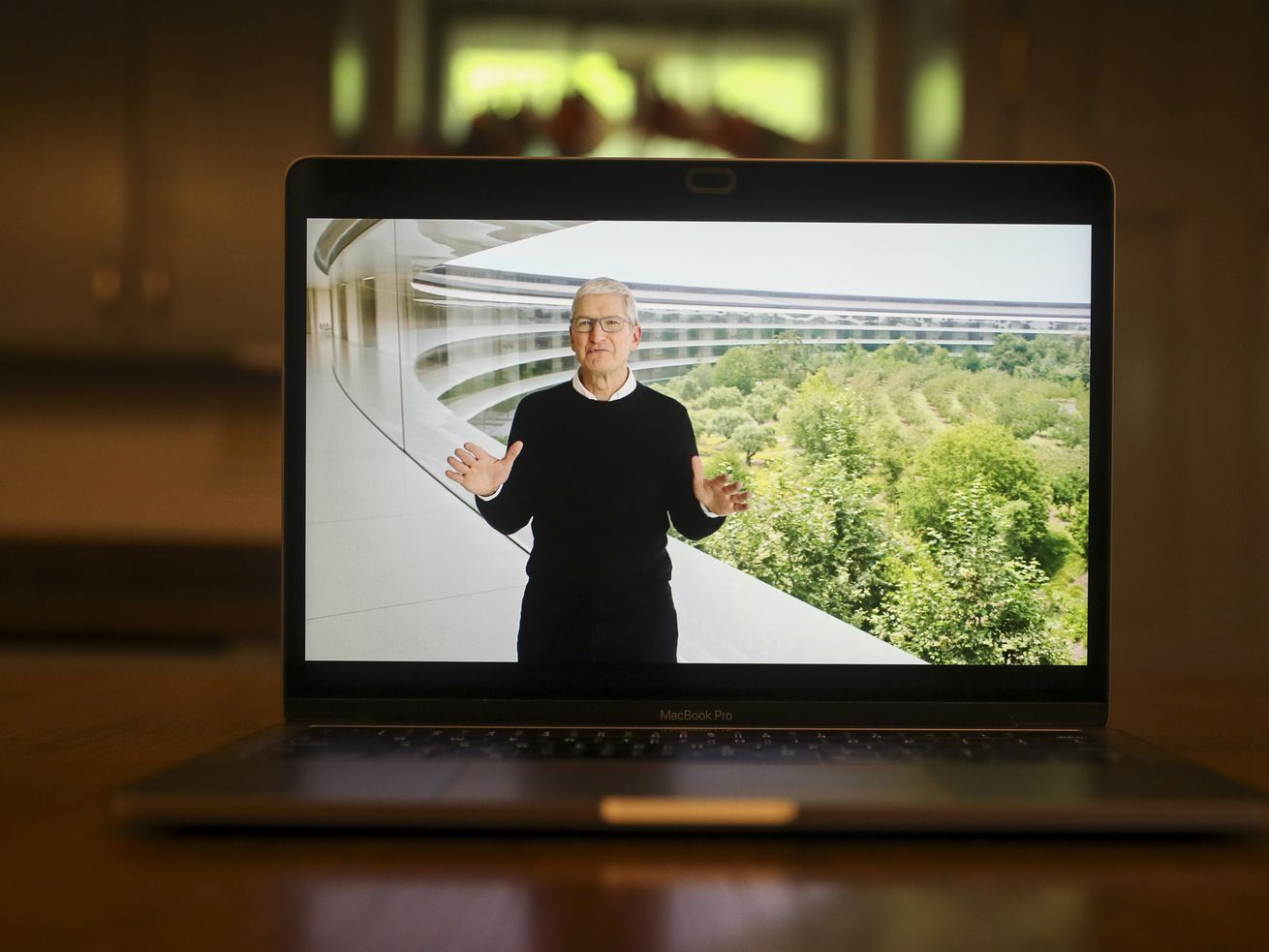 Suddenly, Apple has multiple antitrust fights on its hands. A new one starts Monday.

The trial that kicks off in a federal courtroom in San Francisco on Monday is extraordinary: Epic Games, one of the world’s most popular and valuable game companies, is suing Apple, the world’s most valuable company.

Epic wants Apple to make fundamental changes to its powerful Apple App Store. If it succeeds, it would change the way the app economy works.

One sign of the trial’s importance to both companies: Apple CEO Tim Cook and Epic CEO Tim Sweeney are both scheduled to testify during the trial. Sweeney even plans on attending the proceedings in person for three weeks.

But even though the Epic trial is … epic, it’s more of a leading indicator for Apple than a one-off. Apple has been able to run its app store by its own rules — no matter how much grumbling from big and little developers that created — for more than a decade. Now, a growing list of lawmakers, regulators, and companies are trying to change that using antitrust arguments. Even if Epic doesn’t succeed, someone else might.

If that happens, it won’t just affect a $2 trillion company and a constellation of companies that depend on its iPhone to get their software into your hands. It could affect iPhone users, too. In theory, if Apple is forced to loosen its grip on its app store, it could reduce prices for the apps you pay for today. Or, in Apple’s version of the story, it could make its iOS ecosystem more vulnerable to scams and malware.

The battle lines of the Epic-Apple fight were drawn last summer. That’s when Epic tried selling virtual currency on its popular Fortnite game without going through Apple’s app store, where it would have to pay a 30 percent tax to Apple. Apple responded, as Epic expected, by kicking Fortnite out of its app store, and then Epic responded by filing an antitrust lawsuit.

Epic wasn’t the first developer to complain about the rules Apple has set up around its app store, which is the only way developers can get their software onto Apple’s phones. Magazine and newspaper publishers, Netflix, and Spotify have also complained about the arrangement. All of them say that the 30 percent fee Apple takes from every transaction —that number can drop to 15 percent in some cases — is too onerous.

There are other complaints as well, like the way that Apple controls access to subscribers’ and buyers’ personal information or the way Apple prevents developers from telling customers they can also pay for services outside of the app store ecosystem — which could save customers or developers money.

But until Epic sued Apple last summer, no developer had taken on Apple directly. Instead, they tended to agree to Apple’s terms, or as Netflix and Spotify did, they stopped trying to sell things through the Apple App Store altogether.

Epic’s decision to sue seems to be driven partly by business reasons. If it didn’t have to pay Apple’s 30 percent tax, Epic could generate a lot more revenue from the sales of its digital currency, which players use to buy funny costumes and other ephemera. But other platforms that Epic uses to distribute Fortnite, including Sony and Microsoft, also take 30 percent cuts from microtransactions, and Epic doesn’t complain about that. Which is why the suit also seems driven by Tim Sweeney’s personal conviction that Apple, a company he says he used to idolize, is choking off developers’ ability to build interesting and innovative businesses.

Apple believes you should have a choice! Just not about payments. Nor stores. Nor a choice to play Fortnite. Nor a choice for developers to distribute apps directly. Apple thinks those choices should be Apple’s alone.

Last fall, Sweeney even compared his suit to the efforts of civil rights activists in the 1960s. And when criticized for that overreach, doubled down:

It’s a good article. Hey critics, please read what I said and tell me if it’s actually wrong: When the rules were wrongful, it was right to disobey them. That’s the comparison to the civil rights movement. pic.twitter.com/WMomQXwEjr

And unlike some other people who complain about Apple, Sweeney has the resources to do something about it: Epic is a very profitable software company currently valued at $29 billion — about $10 billion more than it was prior to suing Apple last summer — and Sweeney himself is worth an estimated $7 billion to $9 billion.

None of which means Epic will win its case. Its main argument is that Apple’s control of distribution for its iOS devices constitutes an illegal monopoly. But there isn’t a long legal history of courts ruling against companies that control the market for their own brand of products.

One major exception is a 1992 ruling against Kodak, which had been sued by vendors who repaired its copy machines; in that case, the Supreme Court said vendors who complained that Kodak forced them to use Kodak-made or Kodak-approved parts to fix Kodak machines had a viable antitrust argument. The vendors eventually won their case and received damages plus the ability to buy Kodak parts at reasonable prices.

Another example that Epic will likely reference is the Department of Justice’s campaign against Microsoft in the 1990s, when the software company essentially owned the PC market, but that case ended in a settlement. (Epic has hired antitrust expert Christine Varney, who headed up the DOJ’s antitrust division during Barack Obama’s tenure and also represented Netscape, the internet browser company, during the DOJ-Microsoft trial.)

Apple’s counterargument is fairly simple: The company says it can’t be a monopoly because it doesn’t own the phone market — it shares it with Google’s Android — and because Fortnite players can play the game on devices made by lots of other companies, including Sony, Microsoft, and Nintendo. Apple also argues, more or less, that it built the Apple App Store and the iPhone, and so it should be able to set the terms that govern the ecosystem around them. Epic, it says, wants to run its own store, on its own terms, on Apple’s property.

No matter who wins the Apple-Epic case in the first round of this battle, there is almost certain to be an appeal, so whatever happens in Judge Yvonne Gonzalez Rogers’s courtroom won’t be the end of the story.

But it’s also not the only Apple antitrust story right now. Spotify says its music service operates at a disadvantage against Apple’s music service because Apple wants Spotify to pay a 30 percent fee on subscription revenue that it doesn’t charge itself. Spotify hasn’t sued Apple directly, but it has been pressing lawmakers in the United States and Europe to pursue antitrust actions against Apple, and it has made headway: On Friday, the EU issued a preliminary finding supporting Spotify’s argument.

In theory, an EU ruling could eventually result in a fine of up to 10 percent of Apple’s annual revenue. But any changes the EU eventually extracts from Apple could be huge because its app store is the core driver for Apple’s growing push to sell “services” instead of just hardware. Right now, services account for nearly 20 percent of Apple’s revenue.

Other charges could be coming in other countries. The United Kingdom is investigating Apple over similar charges, and this week the Australian Competition and Consumer Commission said Apple — as well as Google — needs “to improve outcomes for app developers and consumers” or face additional regulation. And in the US, where anti-Big Tech scrutiny has mostly focused on social media companies, a growing number of lawmakers have started to pay attention to the way Apple runs its app store.

Earlier this month, Sen. Amy Klobuchar held a hearing that focused primarily on Apple’s control of iOS apps, and included testimony from app-makers that have gone out of their way to support Epic in its court case, including Spotify and Match Group, the online dating company. Klobuchar, who just published a book about digital-age monopolies, appears set on making Apple her biggest test case. “You could still have a successful Apple, but still demand more consumer protections to make it easier for people to compete,” she told The Verge’s Nilay Patel earlier this month.

I’m skeptical about the overall narrative of a rising “techlash,” especially in Washington, where Democrats and Republicans don’t appear to be living on the same planet — which makes creating legislation that will rein in big tech companies quite challenging. But a variety of observers think that Apple and Amazon may be easier targets for lawmakers who want to slow down tech: Both companies run marketplaces and sell their own products in the same marketplaces. Forcing them to stop doing that may be a much easier task than determining how much free speech Facebook or Twitter should allow on their platforms.

So yes: For the next three weeks, watch the Apple-Epic fight — at the very least, it’s a chance to see two tech billionaires duke it out in public. But pay attention to every other antitrust battle Apple is fighting at the same time. Collectively, there’s a good chance they could change the way Apple — and your iPhone — works.

Source: Apple, Fortnite, and the Apple App Store: What’s at stake in the antitrust court case