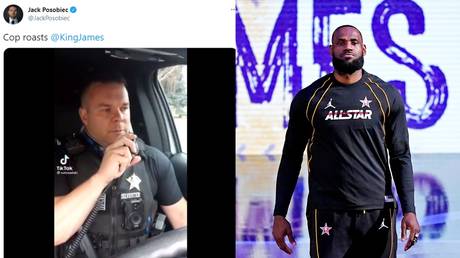 Nate Silvester, the Idaho deputy who was suspended without pay over his viral video mocking NBA star LeBron James, has turned his fundraiser into a war chest to defend police across the US after donations topped expectations.

“They’re being vilified and demonized constantly by Hollywood, by the media, and we can’t stand for it anymore,” Silvester said on Friday in a video announcing his new not-for-profit organization to help embattled police. “We’re going to start taking care of our men and women in blue,” he added.

The fundraiser, which was started on Wednesday by a friend of Silvester’s, had brought in more than $310,000 as of Saturday afternoon, fivefold its original goal. Organizer Gannon Ward raised the fundraising target to $500,000 from $200,000 on Saturday.

“A cop suspended for defending justified lethal use of force? Not on our watch,” one donor said.

Silvester was suspended for a week without pay amid an employer investigation of his TikTok video lampooning James, who had posted a Twitter message on April 21, seemingly threatening the Columbus, Ohio, police officer who fatally shot black teenager Ma’Khia Bryant as she drew a knife to stab another black female.

The satirical video, which had garnered more than 4.5 million views as of Thursday, shows Silvester in uniform pretending to respond to a stabbing incident. The officer calls for advice from James and explains that a black man is trying to stab another black man. He tries to explain why deadly force is justified, but James, who is unseen at the other end of the telephone conversation, advises otherwise.

“Uh-huh, I see,” Silvester says. “So you don’t care if a black person kills another black person, but you do care if a white cop kills a black person, even if he’s doing it to save the life of another black person? I mean, it doesn’t make a whole lot of sense, but then again you are really good at basketball, so I guess I’ll take your word for it.” After saying goodbye to James, he says out his car window to the men involved in a fight, “Sorry guys, you’re on your own. Good luck.”

The focus of the not-for-profit will be to help law enforcement officers who are vilified by mainstream media outlets and celebrities after doing their jobs correctly, Silvester said. Money will also be used to produce more social media content to “humanize the badge” and show that police are good people doing a tough job, he said.

Blacks Lives Matter protests sprung up across the US, in many cases turning violent, after Minneapolis black man George Floyd was killed by police last May. The Bryant shooting happened on April 21, the same day that former officer Derek Chauvin was found guilty of second- and third-degree murder and manslaughter in Floyd’s death. 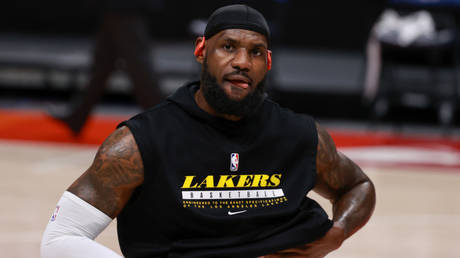 The BLM movement has pushed for defunding of law enforcement departments and policing reforms. And with anti-police sentiment increasing, 34 US officers have been killed in shootings, stabbings, vehicular assaults or other assaults in the first four months of 2021. That puts the US on pace for 102 such killings this year, which would mark a 73% jump from 2020’s total.

“We’re seeing good police officers literally walk away from their jobs because it’s no longer worth it for them to be police officers,” Silvester said. “They don’t have any incentive or any reason to do the job anymore. It’s not safe, and it’s not healthy for them or for their families.” 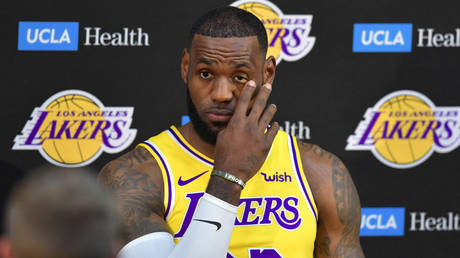 LeBron James’ threat to a police officer shows he sees only black and white, not right and wrong

Many Americans Anxious About Returning to ’Normal’ After Pandemic