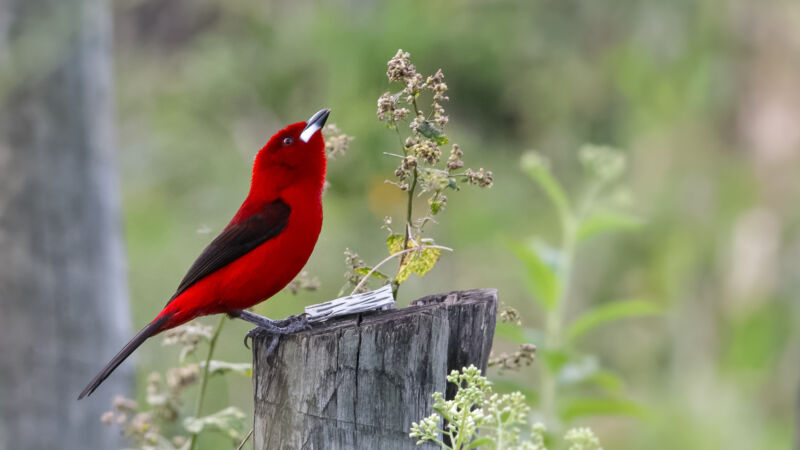 Enlarge / A Brazilian Tanager (Ramphocelus bresilius) with his cheating red feathers looking up at the sky. (credit: Rogerio Peccioli | Getty)

Female tanager birds dig flamboyant males. So to build plumage that really pops with orange or red or yellow, a male has to eat fruits and absorb their carotenoids. The fancy feathers he produces then serve as an honest signal, in the evolutionary sense, as his ability to consume a lot of carotenoids shows that he’s fit. And the female wants to pass those genes along to her offspring, please and thank you.

Except biologists just discovered that male tanagers seem to be cheating. They’re not necessarily harvesting more carotenoids to gussy up their appearance. Instead, they’re changing the very structure of their feathers to play with light, thus modifying their color. Depending on the species—and the preferences of its females—they can make an ordinary red really glow, or make it more muted and plush. The males can even dial up the contrast of these color patches by making their surrounding feathers ultra-black with a structure that basically eats light.

“They’re making themselves essentially look brighter and more colorful without necessarily putting in these expensive pigments. So they’re essentially dishonestly signaling their color to females,” says Allison Shultz, curator of birds at the Natural History Museum of Los Angeles, who coauthored a recent paper describing the findings in the journal Scientific Reports.

Source: How one naughty bird cheats with fancy feather structures

Americans more optimistic about the future than any point since 2006, poll finds