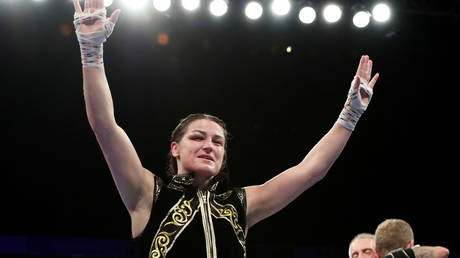 Irish lightweight queen Taylor came into the fight as a huge favorite, having won all 18 of her previous bouts to become one of the most feared female fighters in the world.

Jonas was a ten-to-one longshot, yet the Brit rocked teak-tough Taylor on several occasions over ten two-minute rounds that left both competitors bloodied and bruised.

The 36-year-old Liverpudlian heeded the advice coming from a corner after round three, targeting Taylor for punishment after she was told: “She don’t like it downstairs.”

What a fantastic advert for female boxing this was. It craved a full house, it deserved headline status of it's own. It was 20 minutes of excellence from two women at the top of their game. A very close fight which was a joy to watch… #TaylorJonas #ChisoraParker https://t.co/asigzquyCT

“Hard lines for Jonas – really wanted her to get her hands on the belts,” said new IBF flyweight champions Sunny Edwards. “Think Taylor just edged her out but so tight.”

Right woman won but it was close. Jonas was game but Taylor was a notch better. Fantastic bout.

Shields was an emerging teenage talent when Taylor beat Jonas in a thriller at the London 2012 Olympic Games, when Jonas was Britain’s first qualifed female boxer.

“It was a thriller, thriller fight,” Taylor told iFL afterwards. “It had everything you need in a great fight. I don’t want to be involved in too many of those, but it was great to come out with a win from a tough performance.”

The showdown had a whirlwind start as Chisora came flying out of the blocks, knocking Parker down with the first punch of the fight after just seven seconds. 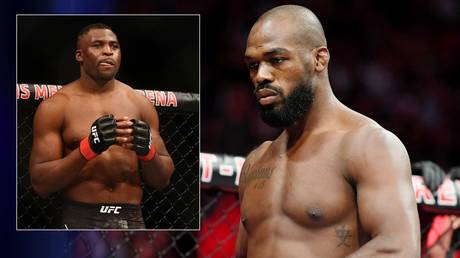