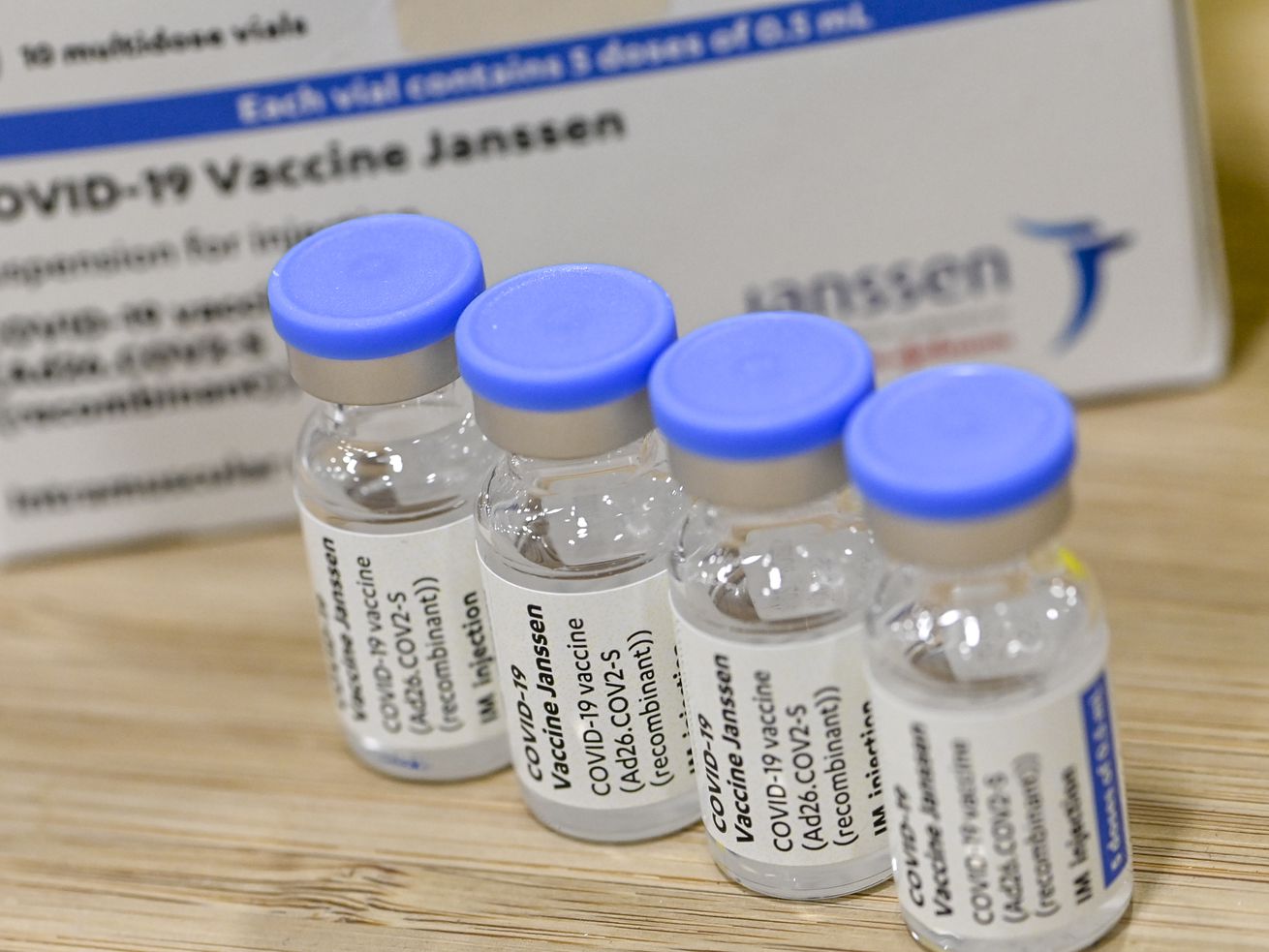 CDC suspects anxiety as the culprit for negative effects in needle-averse people.

A new report from the Centers for Disease Control and Prevention found that anxiety is to blame for a series of adverse effects from the Johnson & Johnson vaccine, rather than the shot itself.

From April 7 to 9, the CDC received reports of “clusters of anxiety-related events” after patients received the J&J vaccine, including hyperventilation, low blood pressure, headaches, difficulty breathing, lightheadedness, nausea, and fainting, among others, at five mass vaccination sites.

At four of those sites, administrators temporarily suspended offering coronavirus vaccines due to the high relative frequency of patients fainting — 8.2 people per 100,000, according to the CDC. For comparison, 0.05 people per 100,000 faint after receiving an influenza vaccine.

After conducting interviews with the 64 patients (out of 8,624) who displayed those symptoms, the CDC concluded that none of the cases met their definition of serious side effects, and the majority were resolved within 15 minutes. The researchers attributed the symptoms to anxiety rather than any discrepancies between the J&J vaccine and its Pfizer and Moderna counterparts.

In fact, the main difference between Johnson & Johnson — also known as the Janssen vaccine — and the other vaccines is that it only requires one dose, which the CDC hypothesized could be the source of increased anxiety around it.

“Because the Janssen COVID-19 vaccine is administered as a single dose, this vaccine might be a more attractive option for persons who have needle aversion,” the report said. “Therefore, it is possible that some persons seeking Janssen COVID-19 vaccination could be more highly predisposed to anxiety-related events after being vaccinated.”

Fainting events were mostly highly concentrated among the youngest eligible group — those aged 18 to 29. The report found that to be expected, considering adolescents have the highest rates of dizziness and fainting after other vaccines.

The CDC recommended vaccine administrators observe patients for at least 15 minutes after injection, in order to monitor them for anxiety-related effects.

The adverse effects described in the study are unrelated to the 17 cases of patients developing blood clots, which led to a nationwide pause of the J&J vaccine’s usage in mid-April. The CDC found those instances to be extremely rare, and, along with the FDA, lifted the pause after 10 days. The vaccine now carries a warning for women under 50 regarding the risk of developing a blood clot.

Biden restricts travel from India as the coronavirus surges

The US vaccination campaign recently hit a milestone, as over 100 million people are fully vaccinated, representing a near doubling since the end of March. And while the case count is dropping in the US, with the daily average at its lowest total since mid-October, global virus cases reached a new peak last week, per the New York Times.

Much of the surge is being driven by a second wave in India, which now accounts for over 40 percent of the world’s new cases, according to the Times. As Jen Kirby and Umair Irfam reported for Vox, Indian hospitals desperately need oxygen, ventilators, beds, and vaccines, with less than 2 percent of the country fully vaccinated.

The Biden administration has promised to send supplies, including raw materials for vaccine manufacturing, though some experts have called for intellectual property rules to be waived for coronavirus vaccines so that India, a global manufacturing leader, can catch up. The administration is considering that option, but in the meantime, the US will impose restrictions on travel from India beginning Tuesday.

In a statement to CNN, White House press secretary Jen Psaki said the high case count in India, as well as potential new variants, drove the creation of the policy. Foreign nationals who have been in India over the past 14 days will be temporarily barred from entering the United States. The rule will not apply to American citizens, permanent residents, and humanitarian workers.