We already know there’s a new Green Lantern coming to the DC Universe, but we also know that it’s not the character that Zack Snyder had picked out for the universe if he were in charge. Perhaps that’s why on the same week DC announced the next version of the intergalactic character we see new details about what could have been for his sprawling vision for Justice League.

Snyder already had his preference of Green Lantern picked out for Justice League. In fact, he cast the role of John Stewart, played by Wayne T. Carr. And despite revealing that much in the aftermath of his four-hour epic Zack Snyder’s Justice League hitting HBO Max, DC had Martian Manhunter appear in the film rather than Carr’s Green Lantern. Still, at least one scene was shot and the news of such got some Snyder fans up in arms when another actor was cast to play Green Lantern this week.

And as CBR pointed out, Snyder shared a behind-the-scenes image of Carr doing a scene that was later cut from the film a day after that news started to circulate. 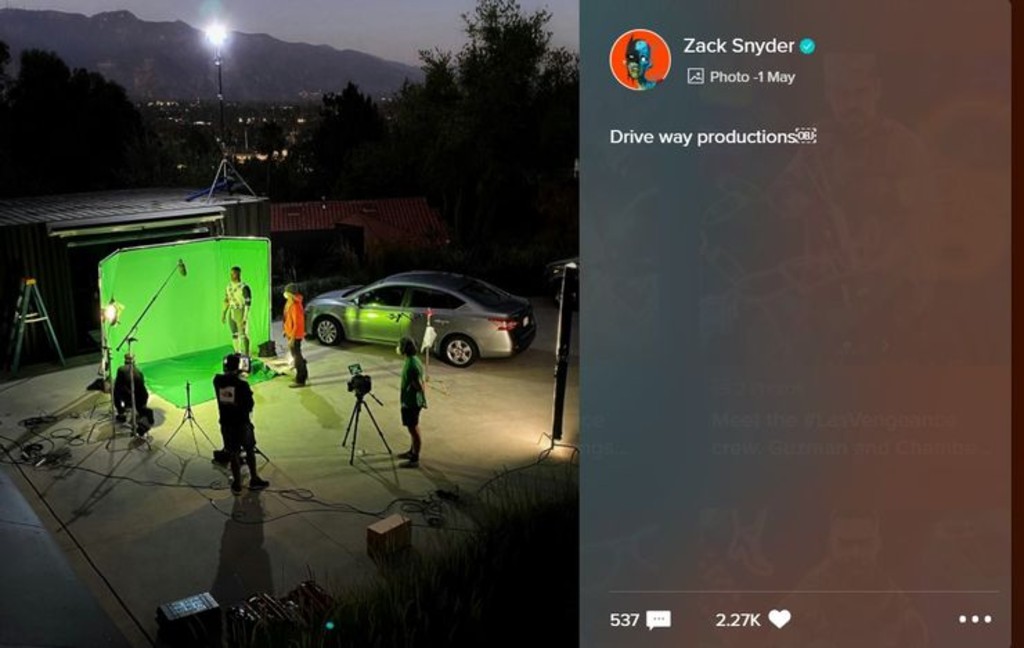 And Carr, who has used the #RestoreTheSnyderverse hashtag a number of times in recent weeks, shared his own on-set image as well.

None of this is certain to get Snyder the additional Justice League movies he wants, but it does give new fuel to fans who have spammed YouTube trailers and other social media with that hashtag in an attempt to keep hopes alive that Snyder will get more pull to the Justice League universe and see his vision fully restored. Given that DC has already pushed back on some things — including Carr’s Green Lantern appearing in the Snyder Cut — it’s far from a certainty that any of this will work. But, hey, we got a Snyder Cut in the first place in large part to this kind of pressure. And both Snyder and the actor slated to play his Green Lantern certainly seem willing to give the extremely online people what they want.