Regardless of if Game of Thrones‘ final season left you wanting more or wishing you could go back before any of that happened, HBO is obliging fans with a spin-off show all about House Targaryen, aka our girl Daenerys’ folks. Set a few hundred years before Dany ever laid eyes on Westeros, House of the Dragon presumably follows the events that take place in George R.R. Martin’s novel Fire and Blood, which recounts the history of House Targaryen, including their civil war, often referred to as the “Dance of the Dragons.”

Earlier today, HBO released the first images from the upcoming series, which feature a handful of what will certainly be dozen of new characters, assuming the show follows Game of Thrones’ lead. If these pictures have you wondering who these characters are, what House of the Dragon could be about, and how it all connects to Game of Thrones, we’ve got you covered. Forewarning though, while the plot of the show has not been confirmed and could very easily deviate from Martin’s established history, plot points from Fire and Blood are below. If you’re the type who likes to watch along and speculate with no additional information, you might want to come back to this article a bit later.

— In the first look at House of the Dragon, we get the chance to see Princess Rhaenyra Targaryen (Emma D’Arcy), Prince Daemon Targaryen (Matt Smith), Lord Corlys Velaryon (Steve Toussaint), Alicent Hightower (Olivia Cooke), and Otto Hightower (Rhys Ifans). While the book the show is based on contains several stories chronicling the Targaryen legacy, all of these characters are major players in the Targaryen Civil war, leading folks to speculate it will follow that storyline closely. So, who are these folks?

— Princess Rhaenyra Targaryen, the show’s potential “main character,” is King Viserys first-born child and a dragonrider of Valyrian blood. After being unable to conceive a male heir, Viserys chose Rhaenyra to succeed him — a somewhat unconventional choice in seven kingdoms of Westeros. However, once Rhaenyra’s mother passed away and her father remarried, he and his wife, Alicent Hightower, gave birth to a son: Prince Aegon Needless to say, Rhaenyra and Alicent saw one another as potential competition for the throne, and their relationship was contentious at best. 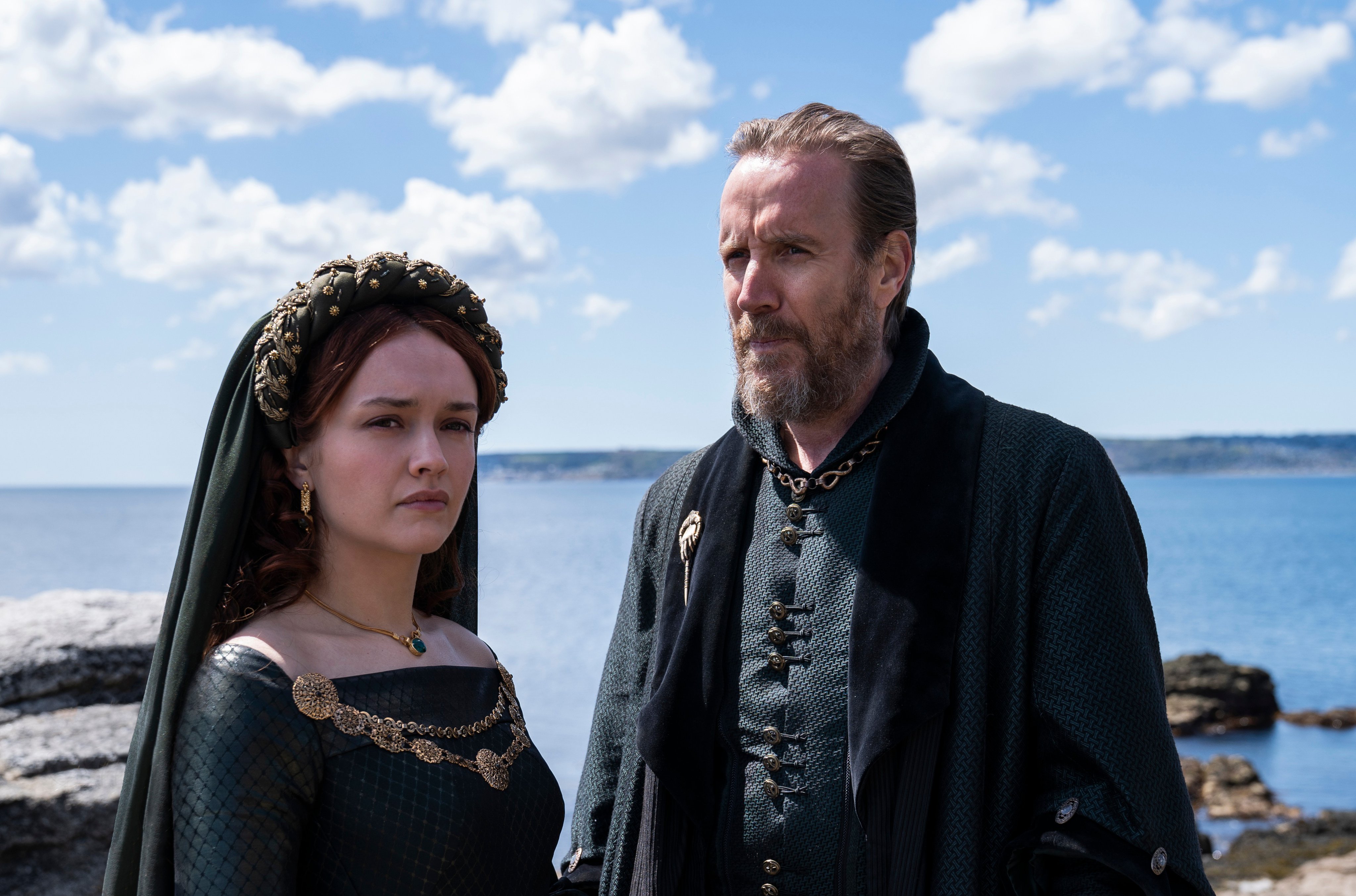 — After King Viserys’ death, Alicent Hightower, aided by her father and Hand of the King Otto Hightower, seized the opportunity to name Aegon as the rightful heir to the throne, despite Viserys vows to pass down the throne to his eldest daughter. Needless to say, Rhaenyra didn’t take too kindly to her being usurped and formed her own counsel at Westeros’ capital Dragonstone, accompanied by her uncle-turned-husband (yes, Targaryen truly be Targaryen-ing) Prince Daemon Targaryen, Lord Corlys Velaryon, and of course, her dragons. While Rhaenyra played nice with her family, the Black Council recruited those in support of Rhaenyra in order to challenge Aegon’s claim.

— What followed was a lot of death — like a lot — and a reputation for turmoil and madness that would follow the Targaryen family for centuries to come. In addition, Rhaenyra’s aggression led many to believe the Targaryen women to be unfit for leadership, and from this point on women would come after men in the Targaryen line of succession, which definitely complicated things for Daenerys later. The events of the Dance of Dragons also drew lines in the kingdoms that would forever divide them. While the Starks, Greyjoys, and Tullys — all names we know well — supported Rhaenyra, the Lannisters did not. Already some of the bitterness we see in Game of Thrones begins to make more sense.

While we’re not exactly sure if all of this will be covered in House of the Dragon, which hits HBO next year, we do know the show will add to the horribly fantastical world Martin created — and give us a fun way to spend our Sunday nights.

Source: How HBO’s ‘House Of The Dragon’ Will Connect To ‘Game of Thrones’

‘Tiger King’ star Carole Baskin has launched her own cryptocurrency