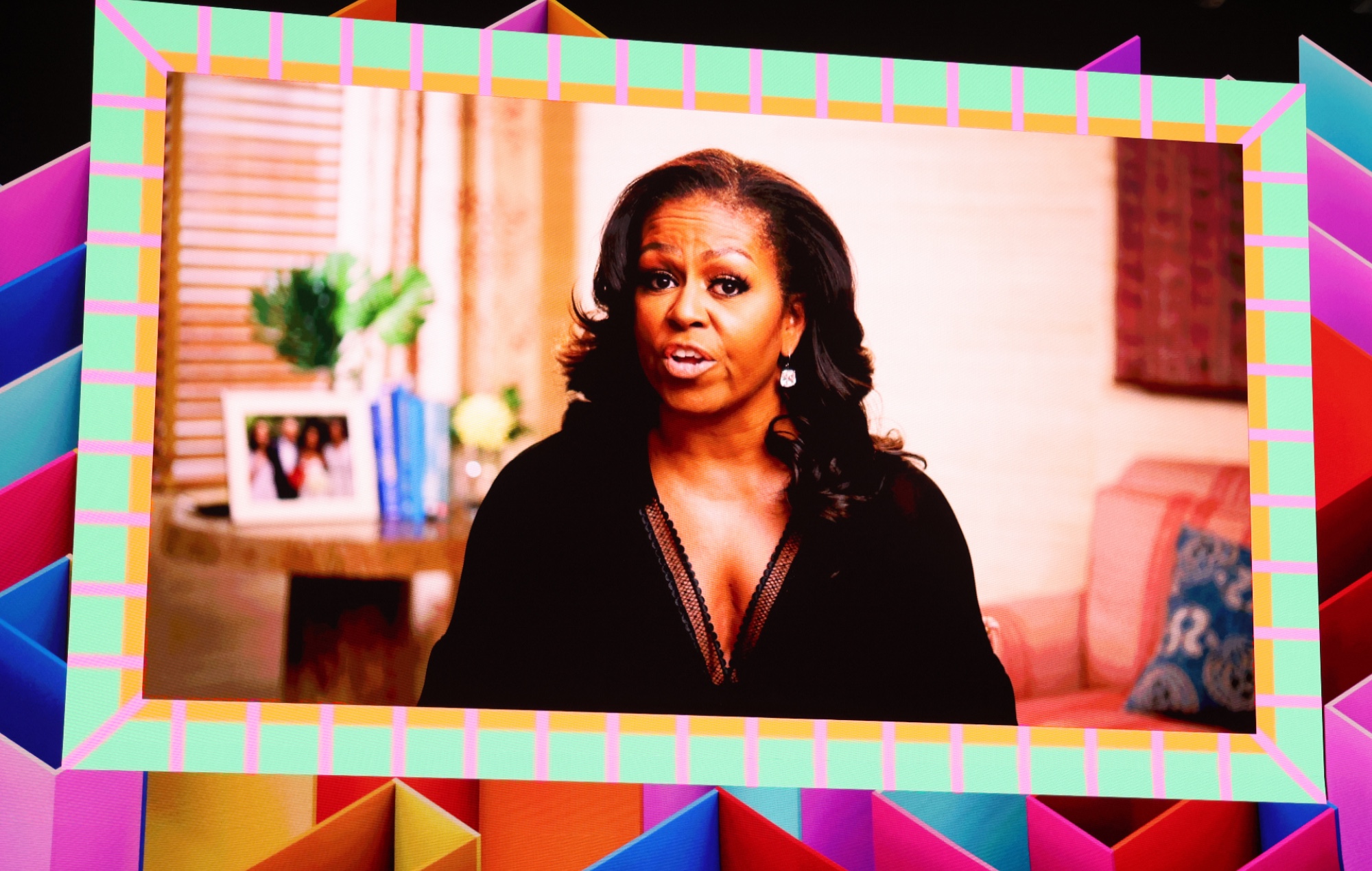 Former First Lady Michelle Obama has presented The Weeknd with the award for Best International Male at this year’s BRIT Awards.

As well as thanking The Weeknd (real name Abel Tesfaye) for his work as a musician and performer, she also highlighted his many charitable donations including ones to the coronavirus relief effort, Black Lives Matter and food aid in Ethiopia.

“In a tough year, he’s provided a light that’s pretty blinding and given us all a reason to dance,” Obama said.

In his acceptance speech, The Weeknd thanked his fans and added: “My people in Ethiopia who are suffering – you are deep in my heart. For everyone watching, please help where you can.”

You can watch his speech below:

Someone please get @theweeknd an umbrella!! Best acceptance speech location yet

Earlier in the evening, Dua Lipa opened the event alongside Coldplay who delivered a performance of their new single ‘Higher Power’ on the River Thames.

Chris Martin and co. opened the ceremony with a lively performance that began with fireworks and featured dancing holograms. The group performed on a specially constructed riverboat stage on the Thames which overlooked the O2 Arena where the awards were being held.

Hosted by comedian Jack Whitehall, this year’s BRIT Awards ceremony opened with Coldplay performing their new single ‘Higher Power’ from a pontoon on the River Thames. Dua Lipa, Arlo Parks, Headie One and more also took to the stage inside at The O2 Arena throughout the evening.

Check back at NME.COM for all the latest news and interviews from the BRIT Awards 2021.

The post Michelle Obama presents award to The Weeknd at The BRITs appeared first on NME.

Source: Michelle Obama presents award to The Weeknd at The BRITs

HAIM on their Glastonbury livestream plans and dreams of meeting BTS